Early golfers wore clothing to battle the elements in Scotland, where golf was born. 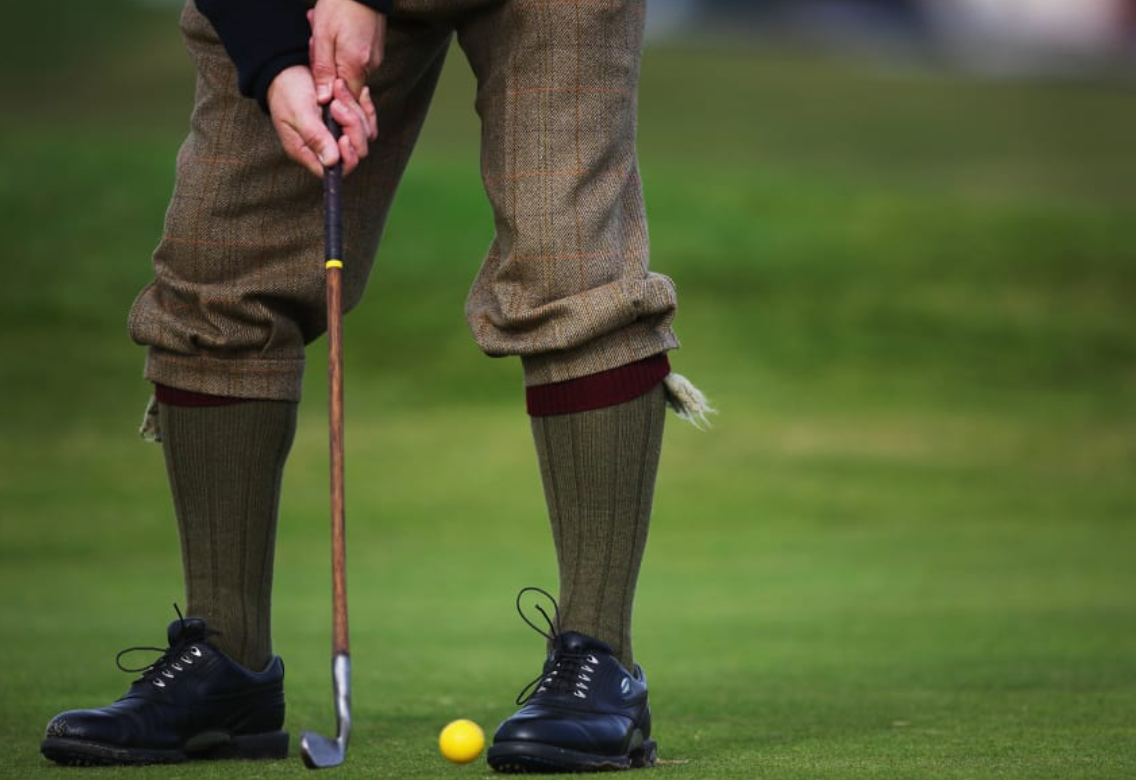 To guard against the wind blowing off the water at courses like St. Andrews, men wore knickerbockers (knickers) or short pants that ended below the knee, and heavy tweed jackets. Shirts with starched collars and neckties were also worn, along with study shoes and tweed caps.

The Well-Dressed Golfer in the Early 1900s
According to a Vanity Fair advertisement in 1918, the well-dressed golfer could wear a single-breasted jacket with a waist coat along with knickers. Cotton long "puttees" or stockings, a golf cap and golf shoes completed the outfit. By the 1920s, golf gained popularity among affluent players.

These golfers distinguished themselves by putting together formal outfits that featured “plus fours” or knickers with 4 inches of additional length; patterned, long golf socks; and two-tone “spectator” shoes. They continued the tradition of wearing a shirt and tie, over which they placed a knitted cardigan or “Norfolk” jacket on cooler days.

From Knickers to Flannels
Golfers moved away from plus fours and knickers and gravitated toward flannel trousers in the 1930s. These slacks were usually white or gray since men sometimes went to the golf course from the office. Many golfers stopped wearing neckties at this time.

The Move to Casual Golf Attire
The U.S. Open in 1933 was conducted during a heat wave, which influenced the clothing chosen by participants. Many abandoned heavier golf clothes in favor of more lightweight, casual clothing. But players like Walter Hagen, Gene Sarazen and Bobby Jones continued to wear more traditional and formal styles.

Contemporary Golf Clothing
By the 1940s, golf clothing began to resemble outfits worn today. Men wore short-sleeved knitted shirts and lightweight slacks. Sturdy shoes had spiked soles, and hats had a brim. For cooler weather, water resistant “Eisenhower” jackets became popular. These jackets were more conducive to the golf swing because of the roomy shoulder fit and the snug waistband.

Golfers began to wear khakis with colorful shirts and shorts for warm weather.

Cardigan sweaters continued to be popular for cooler days. Contemporary fabrics feature wicking of moisture and circulation of air for the comfort. 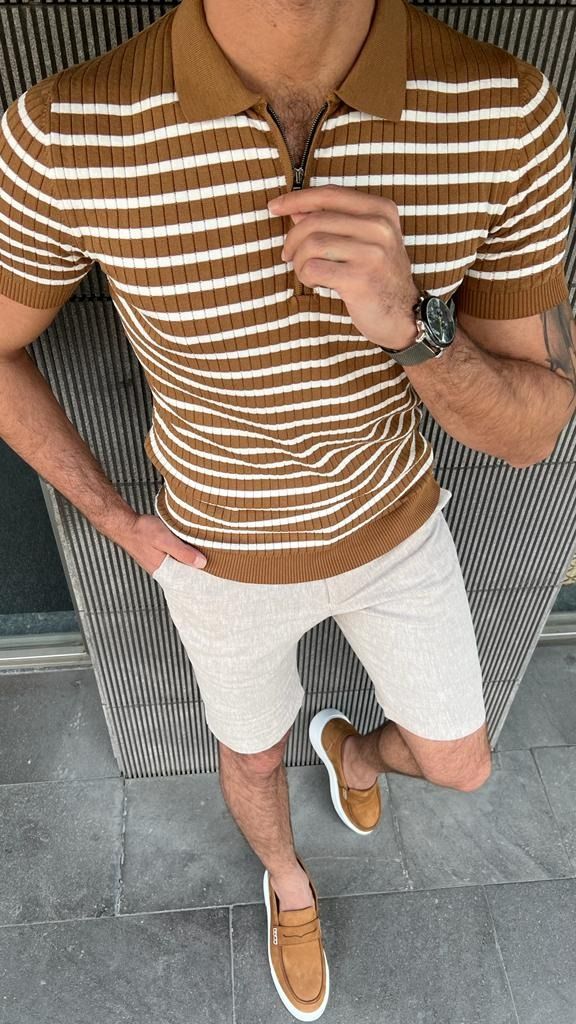